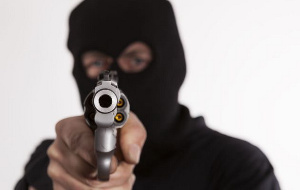 A distressing info gathered indicated that, a 20 year old boy lost his four fingers in a quarrel with a suspected phone thief.

The pitiful incident happened at Berekum Koraso in Berekum West District of the Bono Region on Wednesday.

According to the victim Razack, he stated that, on Tuesday as he was to go to work he left his phone to his friend as I returned from work in the evening , only to heard my friend told me my phone has got missing and led to a little dispute between us and they separated us ,which I accused him of stealing my phone.

Razack stated that, after I accused him (Lopez) of stealing my phone, I and my friends tried beating him but people around separated prevented us.

He added that, despite leaving Lopez on Tuesday evening untouched in the next morning on Wednesday, I went to town with a motorcycle and as I was to returned home , I went to take my motorcycle, and as I was about to moved , all I could realized is that, Lopez the wanted criminal has chopped off my four fingers on my right hand .

The victim’s elder brother, Yaya, stated that, Lopez is known to be one of the hidden criminals at the area , since the incident happened on Wednesday we’ve reported to the police but Lopez is no where to found.

My brother Razack Iddrisu is responding to treatment at Holy Trinity Hospital at Berekum.

Berekum Central police is in search for Lopez the suspected criminal.

Lady stuns the internet with photos of her unbelievable transformation