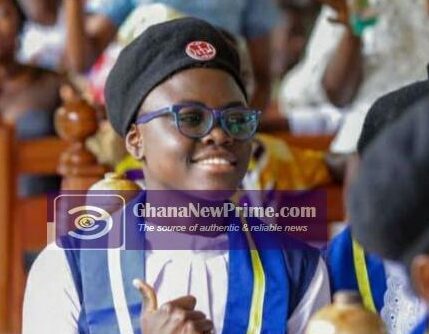 A lady reportedly 24 year old has been robbed and shot in the neck by armed robbers at Maxima in Kumasi on Tuesday evening.

The deceased, according to the Police, was pronounced dead on arrival at the KNUST Hospital in Kumasi.

However, the KNUST District command in an interview with citinews said, no item was taken from the lady, and as a result, they are conducting investigations to ascertain whether it was a random robbery attempt or the victim was targeted.

The KNUST District Police Commander, Supt. Maxwell Antwi had said, “I had a distress call that there was an incident at the Maxima area about a lady who was shot by unknown guys on a motorbike while walking by the road, so Police proceeded to the scene and upon reaching there, they were told that some people had taken her to the KNUST Hospital. Unfortunately, we were told that she was brought in dead.”

Police at the KNUST District Command of the Ghana Police Service in the Ashanti Region, have begun investigations into the shooting of a young lady to death at Maxima in Kumasi by suspected robbers on a motorbike on Tuesday evening.

5 Surprising Facts About Female Orgasms You Really Want to Know

How staying single could actually improve your health