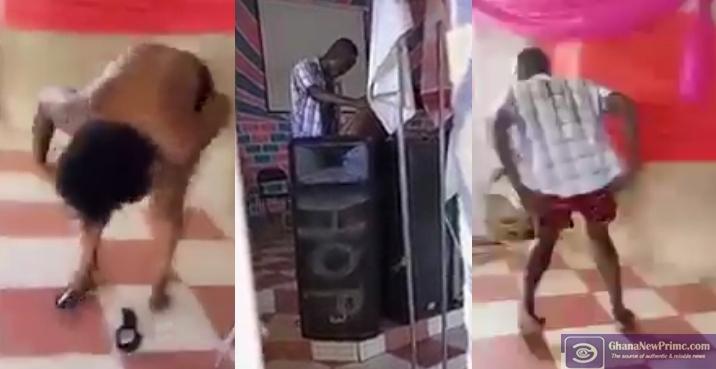 How can you do atopa in church?

•You can see in the video, the church is not one a “man-church” and they did such unholy thing in.

What’s wrong with some Ghanaians pastors?

• Sl£€ping With married women in church

Ghananewsprime.com has come across a viral video spotted by Sirr_kollins on Instagram, which has a Ghanaian pastor sl€€ep!ng with a married woman in church.

The identity of the pastor is not known, but it was shown in a video viewed by ghananewsprime.com that the woman who was the victim is his church member.

Pastor fights madman as he prays for him in public –…

In a video that was obviously set up for the priest, he was filmed b0nk!ng someone’s wife.

They were caught by three of his church members who filmed them through a window of the church.

According the camera woman, she will inform the woman’s husband for engaging in such immoral act in church not at any ordinary place but in the house of the Lord.

Though the name of the church and the pastor is unknown, ghananewsprime.com is trying to get much information of the incident.

In fact it’s a disgrace to Christianity.

Pastor fights madman as he prays for him in public – Video

Pastor fights madman as he prays for him in public –…