Abena Korkor Sends Message To Kidi, After Listening To His Golden Boy Album 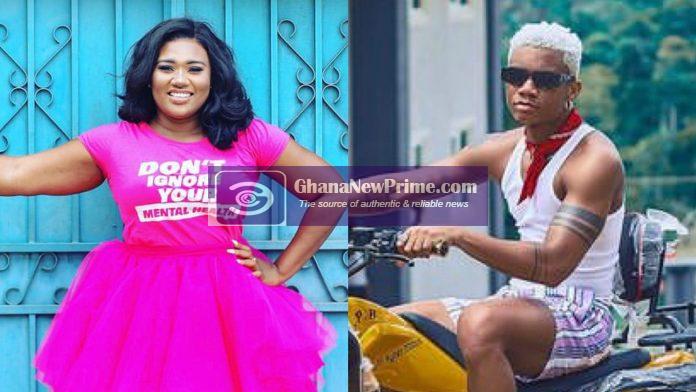 Media personality Abena Korkor, who after listening to Afrobeat singer, Kidi’s Golden Boy Album, decided to send a message to him.

The Golden boy album was released about a week ago and is performing quite well on various music platforms.

Abena Korkor after enjoying the album, has sent out a message to Kidi, by sharing one of the songs and giving her opinion about the album.

According to her, the album is a baby making album and tagged Salma Mumin, since she introduced her to the album.

Abena Korkor causes stir on the Internet with her new photos