Afia Schwarzenegger pray for Kennedy Agyapong against his stroke rumors 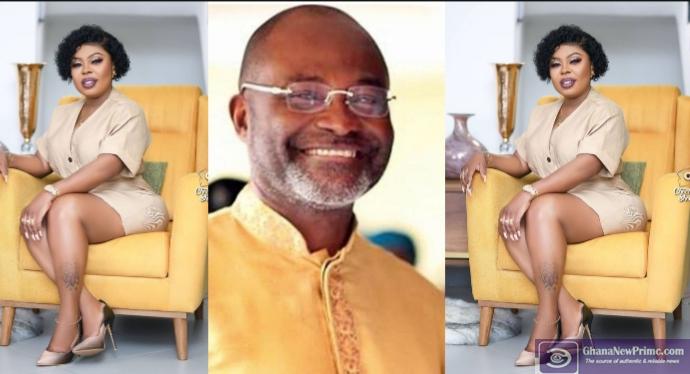 Afia Schwarzenegger pray for Kennedy Agyapong against his stroke rumors.

When reports of Kennedy Agyapong’s stroke surface, Ghanaian actresses Nana Ama McBrown and Afia Schwarzenegger show their support for him.

According to allegations circulating in the state, Hon. Kennedy Agyapong is very ill with a stroke and has moved overseas for medical care.

Hon. Kennedy Agyapong has not been seen or seen in a long time, according to Afia Schwarzenegger. This appears to prove that the reports that have been circulating are real.

Kennedy Agyapong’s situation is critical, thus Afia Schwarzenegger and other celebrities have created a healing player for him.

Actress Afia Schwarzenegger thinks Kenned Agyapong would be cured as a result of her prayer.

Kennedy Agyapong is desperately needed in Ghana, according to celebrities. They have promised Kennedy’s family that they would be remembered in their prayers at all times.

‘I didn’t steal Kuami Eugene’s video concept, I did what he does to others’ – Bhadext Cona

Photos that will bring your high blood pressure down – see