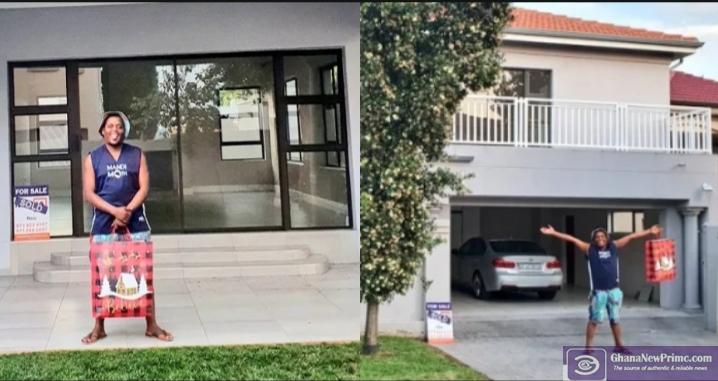 Kgoshi Ya Lebowa, a South African man, has responded to social media trolls who frequently harass him online with an expensive, unmatchable retort.

He bought a mansion, which he describes as his “second home,” and flaunted it on Twitter.

The man behind the Twitter handle @Marcelllomj is a wealthy realtor, but he gets ridiculed in the comments area, with some claiming he lacks the money he portrays.

The incessant trolling seemed to have gotten to him, so he decided to buy a new house to silence them.

“I was upset so I grabbed myself a 2nd crib,” Kgoshi captioned a photo.

In a subsequent tweet, he included a photo of his first home, which he purchased in 2021.

”There is the first condo in the background. 2021 was a super challenging year, but I would be ungrateful if I said it wasn’t a great year for me,” he captioned.