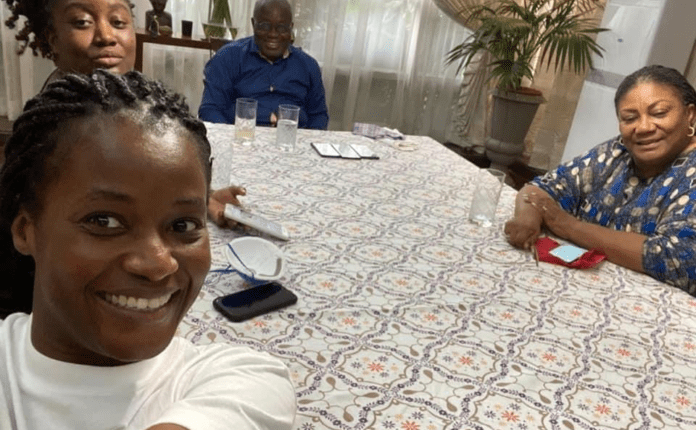 President Nana Akufo-Addo has undergone a compulsory 14-day and has been cleared to return to his work.

The move became necessary after at least one members within his close circle tested positive for C0vid-19.

This was announced by the Information Minister, Kojo Oppong Nkrumah at a press briefing, Sunday.

“The president, Nana Addo Dankwa Akufo-Addo, is expected to resume out home engagement from tomorrow after a 14-day precautionary self-isolation period,” he said.

His outlined noted that the first gentleman will also actively attend to engagements in parts of the country following this development.

The Minister expressed gratitude to well wishers who have been concerned with the health of the President since the news of his isolation broke.

After the announcement that President Nana Addo was observing self-isolation, there were claims by that he was flown outside the country for Covid-19 treatment.