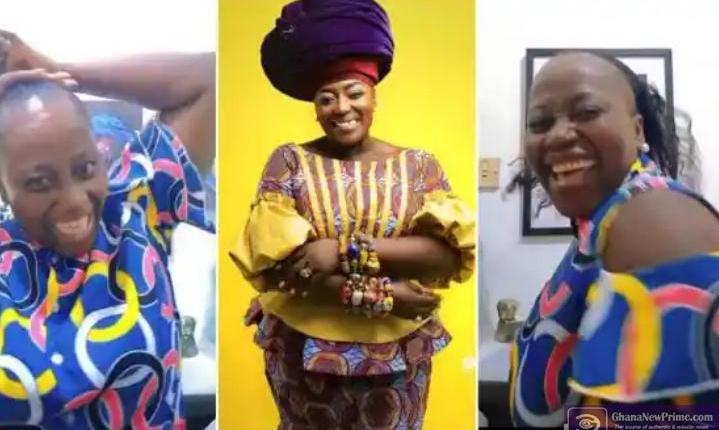 For the first time in many years, Ghanaian television star Akumaa Mama Zimbi has removed her distinctive large scarf.

Mama Zimbi’s hair is seen being released from the heat her scarf sends to her head in a video posted to Instagram.

Her hairline has apparently migrated backward, which could have been caused by the heat from her distinctive scarf.

Some people on social media have speculated as to why Mama Zimbi’s hair has grown bald, claiming that she wears headgear and so her hair has become bald.

Other social media users have also disclosed that she suffers from alopecia, a rare medical disease.

See her in the video below; Akumaa Mama Zimbi looks unidentified after she removes her trade mark scarf [Video]

My Vajejey is very sweet, you must service me over 40…