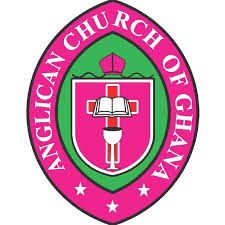 Rev. Obeng Larbi was captured ‘force-kissing’ a number of female teacher trainees in the video

The video has since sparked widespread condemnation

The Anglican Church of Ghana has announced it has begun investigations into a video circulating on social of a priest kissing some female students of the St. Monica’s College of Education in the Ashanti region.

The viral video which has sent social media into a frenzy has got many users agitated over the conduct of one Rev. Fr Baltharzar Obeng Larbi who was fully dressed in his cassock and captured kissing three female teacher trainees who were called to the podium on Sunday, August 15, 2021.

Reacting to the incident in a statement sighted by GhanaWeb, the Executive Director to the Metropolitan Archbishop of Ghana, Venerable Dr. George Dawson-Ahmoah, said the Church is “saddened by the news and wishes to state expressly that, a thorough investigation has immediately been instituted into the matter and the action of the said Priest would be dealt with in accordance with the norms and values of the Anglican Communion where morality is extremely revered in the Church.”

The statement further said the Anglican Church is making all efforts to engage the students involved in the incident by offering them counselling sessions.

The move, the Anglican Church believes, will “avert any psychological issues that may arise as a result of the viral video.”

The church has however directed all clarifications on the matter be made to Venerable Dr. George Dawson-Ahmoah on 0244351338.

Read the statement below

She donated her kidney to save me, but now I don’t love her – Man seeks advise

Is this one too a Prophet? Video of Prophet Nigel Gaisie with slay quⱻⱻn in Ꙏⱻđ