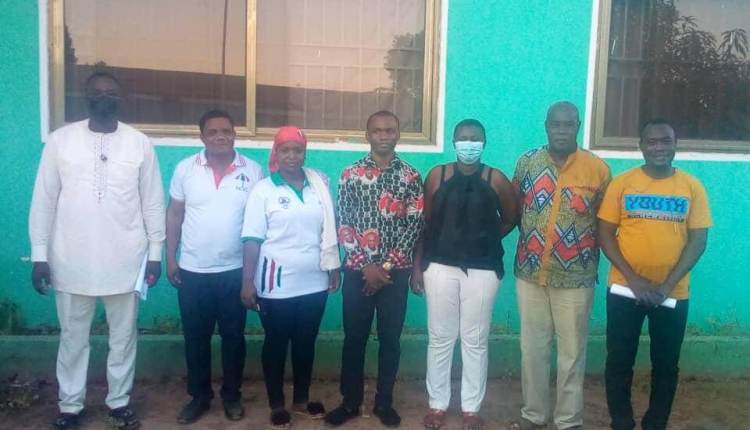 The event which took place in the Adenta constituency in the Greater Accra region at the NDC party office on 3rd October, 2021.

Mr. Dometey Moses Tettey popularly known by many as Bola Ray Jnr, the Founder and National Coordinator and the chair for the event charge the members to be committed to the NDC and its related activities as well as BMB.

We can only achieve 2024 when we are united, faithful, committed and hardworking towards the pending victory of the NDC, he add up.

Even though the NDC is a democratic party and a party of tolerance but the internal flag bearer election of the party, I pray that no one shows up to contest his ExcellencyJohn Dramani Mahama rather he stated.

Better still, they should support His Excellency John Dramani Mahama to win because he’s the one Ghanaians and NDC need. Those who will turn a deaf ear to this call and go ahead to contest him, after his term of office has end, electing next candidate to represent the party, such people should count themselves out. I am optimistic and convinced that His Excellency John Dramani Mahama will not get less than 98% of the valid votes.

The movement for bring Mahama back for Victory had a registered members of close to one thousand and ninety members and they are targeting to get two million members before 2022 ends and targeting three million first time voters, floating voters and disappointed NPP Faithfuls to join the movement and vote for the NDC in the 2024 general election.

The next NDC government will take the needs of every member of this movement into consideration because we have a solid database. There will be more jobs for the youth. JM’s come back will be a great benefit to every citizen in this country.

READ ALSO  COVID-19: One Person Infects Over 500 People At A Fish Processing Factory In Tema - Akufo-Addo

The BMB National coordinators present used the opportunity to inaugurates the elected the BMB regional facilitators for Greater Accra and they have accepted their various positions and roles to assist the movement bring Mahama back.

To empower members, Mr. Winfred Tesia told the elected executives to be up and doing to make this dream a reality.

BMB is in all the sixteen regions and all of them will be inaugurated at the appropriate time.

In conclusion, Bola Ray Jnr opined that, the branches are the core for the survival of every political party. We must all go to our branches and work hard because the victory of the NDC is a “Do-or-Die” affair.

How To Solve “No WiFi Connection” Issue

Facebook Faces Big Tobacco In A Jaw-Dropping Moment Of Truth” — Senator Richard Blumenthal, at a hearing on whistleblowers