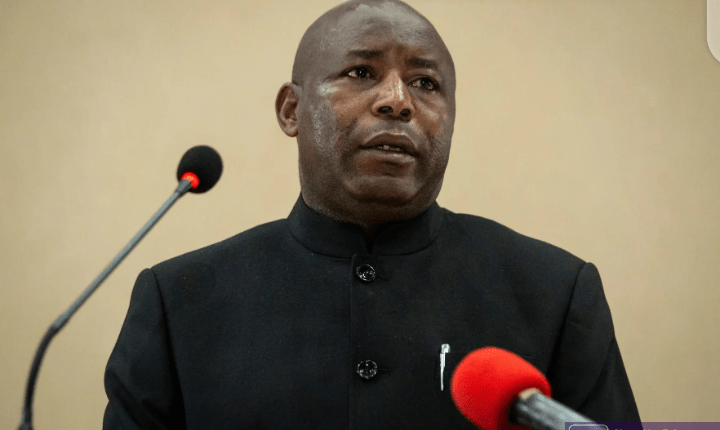 The President of Burundi General Évariste Ndayishimiye, has passed a directive to sack all married government officials involved in extra-marital affairs.

The military leader of Burundi announced that this move is in the right direction to moralize society.

According to the directive, every married government official involved in extra-marital affairs risks being fired.

The Minister for Internal Security Gervais Ndirakobuca who announced the directive explained that all married government officials with illegal unions outside their marriages will be sacked.

This step, they say is to honor the late Burundian President Pierre Nkurunziza who announced his plan in May 2017 to moralize Burundi.

See the letter below;

“Burundi has decided to fire all married government officials, who have concubines or are involved in any extra marital relationship”.

This post on social media has received mixed reactions from social media users who have shared their opinions.

90% of MPs will vote for anti-LGBTQI+ Bill – Sylvester Tetteh

France defeats Spain to win the Nations League with a late Mbappe’s goal.