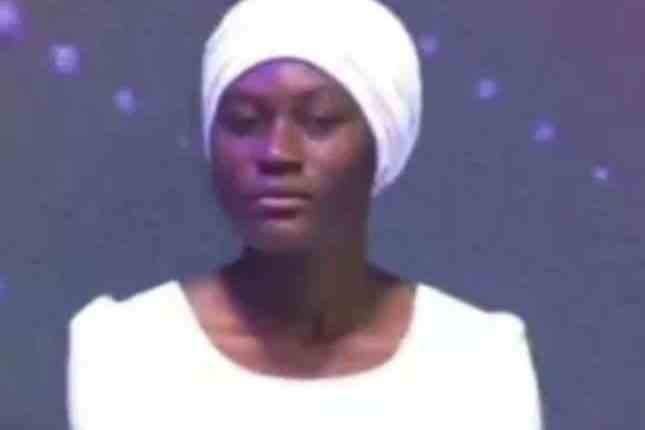 Praise is her daughter’s name, and she is the first of her children, according to her. Praise Marfo is a multi-instrumentalist who can play the piano and guitar. Praise, interestingly, resembles her mother in every manner, even her demeanor.

She is dressed in a white aristocratic gown with her hair covered by a scarf. Cecilia Marfo, a musician, then revealed the mystery around her daughter’s name, Praise.

She claims she saw her daughter singing and praising God in a dream the day she gave birth to her, so she called her Praise after that. Cecilia Marfo stated that her daughter enjoys God’s work since she has served as her personal organist and guitarist.
READ ALSO  Fuse OdG New Look Resurfaces Online (photos)

Cecilia Marfo, a famous Gospel artist, has recently been a trending topic after singing a popular English song with incorrect lyrics.

Video: I don’t understand why my friends keep…

Trolls on social media grabbed on it and made it into a trend that has become a method for them to pass the time on the internet.

Cecilia Marfo has stated that she is unconcerned about trolls, but she is delighted that the video has gone viral because God works in mysterious ways!

See the video below;

Tear of Joy: Guy proposes to his girlfriend during their graduation ceremony

Video: I don’t understand why my friends keep snatching my boyfriends –…

Video: I don’t understand why my friends keep…