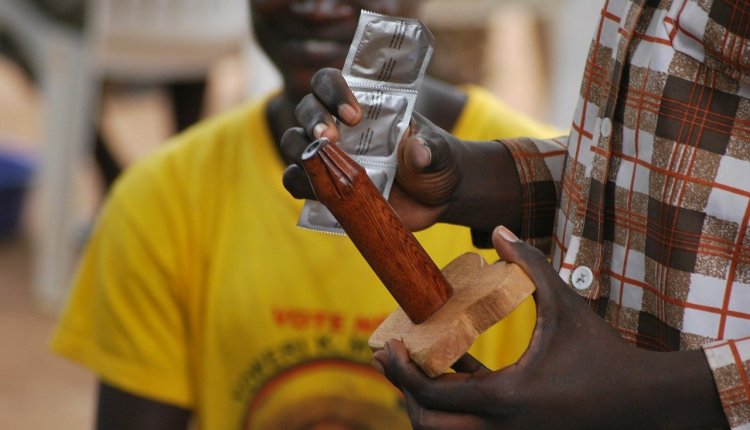 People that are sezzva!!y active get carried away at times and forget that some things can go wrong with the so called “protective measure” they have applied.

But the truth is there are some dangers that is applied when they are not use with caution.

1.They expire _ some people don’t know the fact that condom expire, they just go in and use it and in the might not be expire, have little unnoticeable danger people don’t take note and then gets into trouble.

2. It can lead to irritation of the skin_ some people bodies are really allergic to Condoms as it could lead too some kind of rash around the manhood area, this is caused by the latex use in the production of the condom.

3. Not all lubricants work for it_ Ignorance they say is the greatest disease and it is applicable in this case, most people out of ignorance go as far as applying different lubricant on there condoms, like oil based lubricants ,if use on condom they tend to weaken the condom and can lead to a very high possibility of having the condom break in the process.

4. They tend to breaks at times_ People don’t know but surprisingly ,29 percent of Condom users have had an experience with condom breaking in the process, this is very dangerous as some people might discover at a late time and suffer the consequences of their ignorance.

Check out what a Rastaman did to a street girl [photo]

4 Secret places to touch a woman to turn her on

Try not to do these 10 things during sex