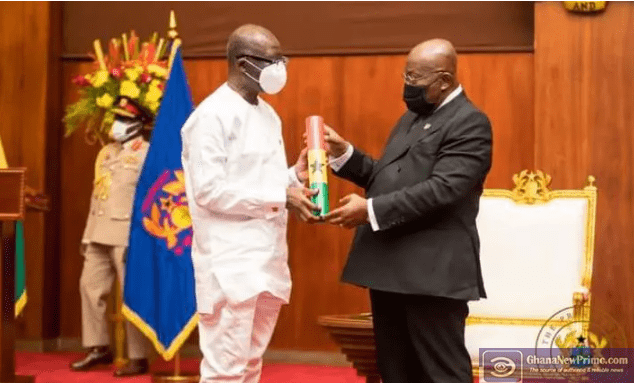 An International Trade Consultant, Maame Awinador Kanyirige, has said prevailing economic conditions in Ghana make it difficult for business startups to survive in the country.

She stated that the conditions in the natural resource-rich West African nation make it difficult for fledgling entrepreneurs and even already setup Ghanaian businesses to compete with their foreign counterparts.

She was reacting to a call by Finance Minister Ken Ofori-Atta to young graduates to look to entrepreneurship because the government payroll is full.

Mr Ofori-Atta had revealed that 60 per cent of Ghana’s revenue is spent on salaries and remuneration for workers on the government’s payroll.

He described this situation as unsustainable. Speaking at the graduation ceremony at the University of Professional Studies, Accra (UPSA) on Friday October 15, he said the government is structuring its budget to focus on how to support the youth of this country create their own jobs.

This, he said, will reduce the over-reliance on government for jobs, a situation that will also ensure that the payroll is not overburdened.

Mr Ofori-Atta stated that it is the duty of the government to ensure stability of the currency and also a viable macro-economic environment for private businesses to thrive.

This is being done by the government through initiatives such as the Ghana CARES programme (Obaatan Pa), he said.

He told the gathering that “So, the future for you with regards to jobs is the most important thing at this stage. We have gone through a period where most people look for jobs from government etc,.

“That payroll is full because we are spending some 60 per cent of our revenue on remunerating some 650,000 people and that is not sustainable.

“The question then really is has UPSA trained you to be entrepreneurs, and your question will be where the financing is coming from. But you do, in you, have the skills set to be able to do what you have to do.

“Our responsibility as government is to create the environment and the macro stability , currency stability and ensure that you have access to the relevant skills and financing.

“This budget that we are going to be doing is going to really focus on the youth and we will have a programme here, looking at the youth and demands and how we can structure, in the next two or three years, the Ghana Obaatanpa Programme to ensure that you become your own bosses and you become entrepreneurs.

“So there is a new world out there , it is not a factory that employs ten people, but individuals like you employ two or three of four five people to create that energy for our country to transform.”

Contributing to a discussion on this on the Key Points show on TV3/3FM Saturday October 23 with host Dzifa Bampoh, Maame Awinador Kanyirige, said “People are asked to go and become entrepreneurs and be your own boss. But entrepreneurship is about solving problems so how do you solve problems when the engine that will help facilitate you to solve the problem is becoming a stumbling block especially if the Ghanaian business will have to compete with the Turkish, with the Indians. So how is it realistic? That is why I am concerned.

READ ALSO  Next Release: Guru - Give Up feat Fameye (Prod. By KC Beatz)

“I am concerned that they selling an idea to the young people and they will get into the system and they will see that the situation is very hard.”

For his part, the Member of Parliament for Mpraseo, Davis Opoku Ansah, said the government is creating the enabling environment for businesses to thrive.

He said on the same show “What we need to appreciate is that it is the responsibility of government to create an enabling environment for businesses to flourish.

“Today, in the wisdom of the president, the One District One Factory should be solving most of these major problems. “