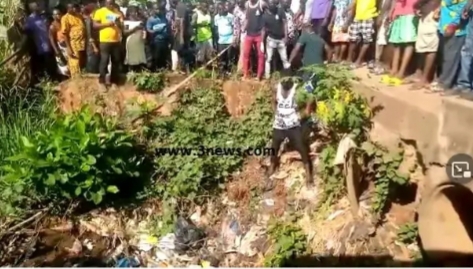 Dead body found in a drain at Manya Krobo

Residents of Manaaam in the Lower Manya Krobo Municipality of the Eastern Region are in shock over the death of a man believed to be in his fifties.

Dead body of a man was found in an open drain filled with rubbish on Sunday.

His identity was known in the late hours of the day by his family.

He is said to have left his television and radio on when a search was conducted in his room.

The Odumase Krobo Divisional Police Command has already begun investigations into the matter.

The body has been deposited at the Atua Government Hospital for autopsy and preservation.

In the past three months, the Lower Manya Krobo Municipality has recorded five bodies in different communities in drains and rubbish sites.

READ ALSO  Medical care for domestic violence victims should be free- Law Demands
Facebook Notice for EU! You need to login to view and post FB Comments!
Send your article and other stuff for publishing to [email protected] Via WHATSAPP