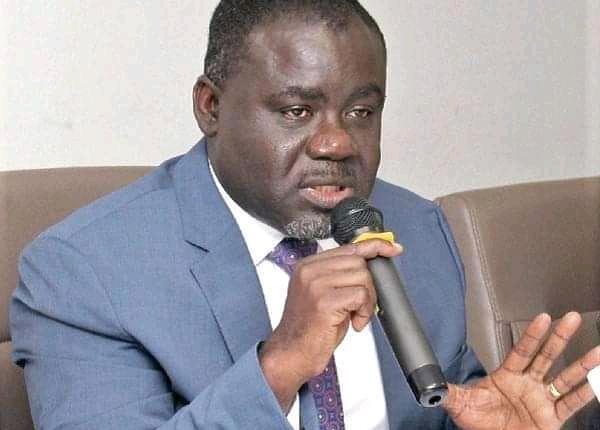 The Minister of Transport, Kwaku Ofori Asiamah has asked Ghanaians to stop blaming the carnages on our roads on evil spirits.

He said the cause of most accidents is negligence on the part of motorists and hence a pragmatic approach is needed to curb the menace.

The minister said this during the official launch of the National Road Safety Authority (NRSA) ‘Stay Alive Campaign’ at the forecourt of the State House, Accra.

The occasion which saw a lot of individuals from the Motor Traffic and Transport Department (MTTD), Academia, Traditional, Political, Religious Environment was very colourful.

Prominent among them, were the Director-General NRSA, Ing. Mrs. May Obiri-Yeboah, the Head of Regulations, Inspection and Compliance at the NRSA, Mr Kwame Kodua, ACP Sassu Mensah and Dr. Ofori Sarpong.

Delivering his keynote address at the launch, the Minister expressed worry over the road crashes lately.

He noted that he was genuinely surprised when data shows that 1.4 million people have died in road crashes so far. “Indeed, road crashes are the number 1 killer of 5-29yr olds in the world and Ghana is no exception. I must be quick to indicate that sadly road traffic injury death rates are the highest across the African Region”, he stated.

He particularly blamed the carnage on our roads on wrongful overtaking, overspeeding, drunk driving and jumping of red lights.

“These commercial drivers you see around are conversant with food joints noted for good meals. As such, they buy alcohol in sachets and drink in anticipation to have an appetite for the grass cutter soup along the road. However, some die before getting to their designated ‘Chop bar’. I am from the Central Region, so I know about this trend”, he noted.

The Minister called on the media to be proactive in informing, educating, and advocating for road safety campaigns in order to change the narrative.

This according to him will go a long way to bring the fatality rates to the barest minimum.