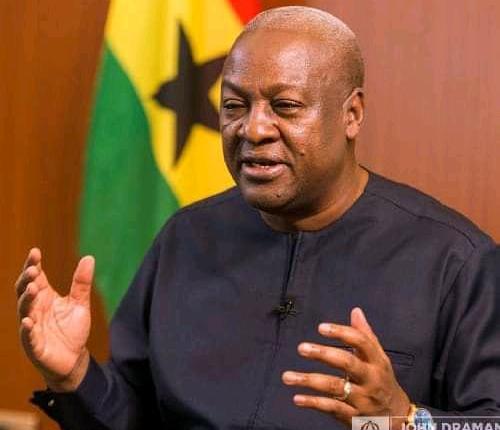 Former President John Mahama is yet to overcome the defeat handed down to him 10 months after the 2020 presidential elections as he keeps churning out ridiculous excuses for his two embarrassing defeats in a row.

After blaming his polling agents for doing a shoddy job as exhibited during the election petition at the Supreme Court, Mr Mahama is now turning gun on the Electoral Commission (EC) for stealing the votes for the NPP’s Nana Addo dankwa Akufo-Addo.

John Mahama is accusing the Electoral Commission of thumb-printing more than one million extra ballot papers in favour of the New Patriotic Party (NPP) in the 2020 presidential and parliamentary elections.

The Chairperson of the EC, Jean Mensa speaking at the 2021 ECOWAS Parliamentary Seminar in Winneba in the Central Region on Wednesday, described the 2020 general elections as historic, credible, and cost-effective.

Mrs. Mensa explained that the comparative cost of the election was reduced by 41% which is equivalent to $90 million.

She stated that the 2020 elections were a historic one for the transparency, credibility, cost-effectiveness, high turnout, and peaceful conduct that characterized it.

But Mr. Mahama addressing the Divisional Chief of Prestea Himan, Nana Nteboah Prah, recently, as part of his Thank You tour of the Western Region, disagreed with the EC and said over one million ballot papers were thumb-printed in favour of the NPP.

Mr. Mahama claimed “And, so, all these things dented the credibility of the polls and caused an embarrassment,” added that “I heard her [Jean Mensa] say ‘it’s the best election Ghana has ever had and yet you run away from scrutiny at the Supreme Court. So, how do you boast that it’s the best election ever?”