Ejura Killings: “I will lead massive demo in Ghana if the shooters are not arrested and prosecuted within three days” – Twene Jonas 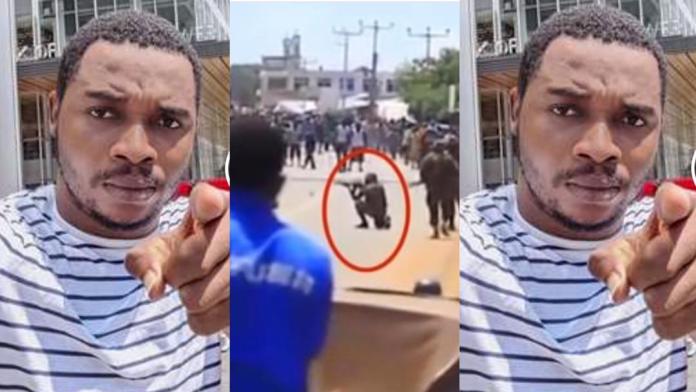 Twene Jonas in his recent social media rants has expressed a desire to stage a demo against the killings in Ghana if the perpetrators of the Ejura Killings are not arrested and prosecuted.

As usual, he did not fail to use foul words on the political leadership of the country as he boldly directs them to have the shooters arrested.

According to Twene Jonas, he wields massive authority and influence on the youth therefore his presence in Ghana to stage a demo will be too huge for the authorities to stand.

Additionally, Twene Jonas gave the government a three-day ultimatum to find the perpetrators of the killing or face his wrath…he actually declared himself as the ruler of the country and has enough resources at his disposal to carry out the demo unhindered.

Ejura Killings: “I will lead massive demo in Ghana if the shooters are not arrested and prosecuted within three days” – Twene Jonas
0
Share FacebookWhatsAppTwitterPinterestTelegramEmailReddIt

[Video] Days after the Ejura killings, soldiers secretly filmed chasing and beating up civilians in the street of Wa