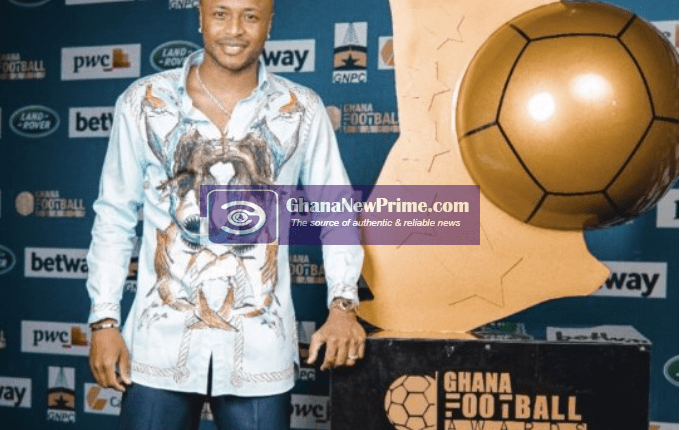 Black Stars captain Andre Ayew was adjudged as the men’s Footballer of the Year at the Ghana Football Awards on Saturday.

The third edition of the Ghana Football Awards was held at the Grand Arena, Accra International Conference Centre on Saturday, July 3, 2021.

Hearts of Oak dominated the awards with Ibrahim Salifu and Samuel Boadu crowned Home-based Player of the Year and Coach of the Year respectively. The Phobians were also voted as the Team of the Year.

Fatawu Issahaku emerged as winner of the Odartey Lamptey Future Star Award, finishing ahead of Mohammed Kudus and Kamaldeen Sulemana.

FOOTBALLER OF THE YEAR

WOMEN’S FOOTBALLER OF THE YEAR

MEN’S COACH OF THE YEAR

WOMEN’S COACH OF THE YEAR

GOALKEEPER OF THE YEAR

HOME-BASED FOOTBALLER OF THE YEAR

GOAL OF THE YEAR

MALE TEAM OF THE YEAR

FEMALE TEAM OF THE YEAR

MOST VIBRANT CLUB ON SOCIAL MEDIA

Other honorary awards that were awarded on the awards night included:

PLAYER OF THE DECADE AWARD

Health Titbit: 3 Things To Do If Fish Bone Enters Your Throat

Just In: FIFA passes it verdict on South Africa’s protest against Ghana

South Africa to petition FIFA & CAF for replay of Ghana…