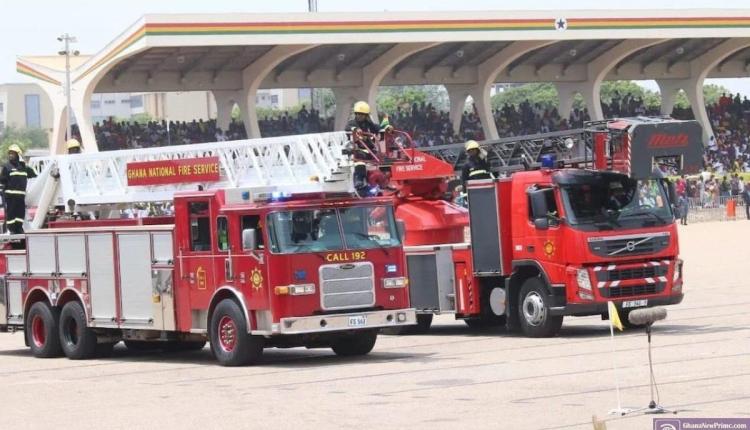 KINTAMPO IS RISING AGAIN, _21 GUN SALUTE TO THE GHANA FIRE AND AMBULANCE SERVICES IN KINTAMPO.

At exactly 12:48pm today 6th January 2022, while I sat at the counter in my electrical Shop(ATANGA ELECTRICALS), a woman ran in. Panting, screaming and evoking the spirits of her ancestors to come to her aid. I quickly stood up in fear! What is the problem Mama? I asked her.

The woman began, “Mr Atanga, someone is dying in my hands! She continued, a young man descended into a WELL in my house to bring out a container that fell inside. Unfortunately, for the past 30 minutes, the man has been stacked in the deep well and now at the verge of passing out.

Oh! I shouted; Out of fear for the life of the young man, I dashed to the spot without delay. I was helpless in the situation upon arrival but I knew exactly what to do. To call the National Fire Service; and that I did without hesitation.

In a spade of 7 minutes from the time of my call, officers from the National Fire Service accompanied by their counterparts from the National Ambulance Services both arrived in a fire tender and an ambulance respectively. I was amused as well as the people that had gathered there. This is obviously what we expect from them. The young man has been rescued and now in stable state as I put together this report. I feel proud as a Ghanaian today by this singular action from the two institutions. We must be citizens and not spectators to make Ghana work again.