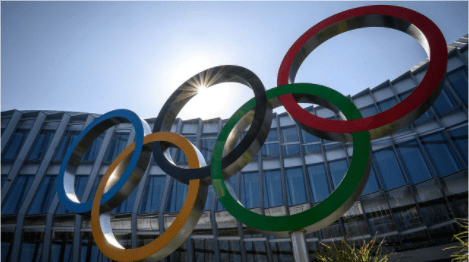 The Tokyo Olympics are finally here — a year late and without spectators as Japan battles a resurgence of COVID-19.

The Games are due to run until Sunday, August 8, as long as case numbers remain under control.

Here’s what you need to know about how and when to watch.

How can I watch the Olympics in Australia?
The Tokyo Olympics will be broadcast in Australia on free-to-air TV on Channel Seven, 7two and 7mate.

You can also watch the Olympics on the streaming platform 7Plus.

The ABC will be live blogging events every day of the Olympics.

Sydney, Brisbane, Melbourne, Canberra and Hobart (AEST) are one-hour ahead of Tokyo (JST) so Australians won’t have to stay up late to watch most events.

You can follow the ABC’s live blog of the opening ceremony from 8:00pm.

There will be no fans at the 68,000-seat Olympic Stadium in Tokyo for the opening ceremony due to the resurgance of COVID-19 in Japan.

The theme of the opening ceremony is “united by emotion”.

Australia’s Olympic flag-bearers are basketball champion Patty Mills, the first Indigenous man to do so, and Cate Campbell, the first female swimmer to carry the flag for Australia at an opening ceremony.

How to watch the Tokyo Olympics in Australia
0
Share FacebookWhatsAppTwitterPinterestTelegramEmailReddIt

COVID-19 vaccine is safe for children aged 12 to15

Ghana can only win trophies if Dede Ayew apologies to…