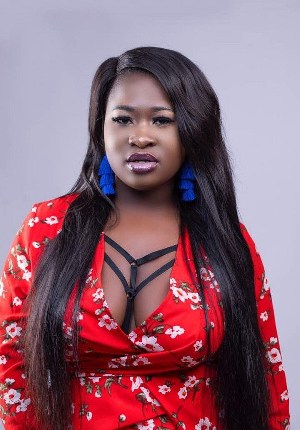 Ghanaian singer Sista Afia has said until she gets the proper clarity about the entire #FixTheCountry mantra, she is not going to throw her weight behind it.

The #FixTheCountry mantra has been flying on social media in the past months where Ghananain youth are calling for good governance.

While some celebrities have joined and added their voice to what many described as a good cause, others are still sitting on the fence even in the face of a growing state of instability in the country.

One of those people is Sista Afia who says she has not made a decision to support the campaign because she has not received the right clarification.

Replying to Giovanni Caleb’s question on the Showbiz Show on TV3 tonight, Sista Afia said she is torn between the #FixTheCountry mantra and the #FixYourself mantra. She reiterated that until the campaign is made clear and the objective are made understandable, she is not going to throw her weight behind it.

“I am not going to say I support #FixTheCountry. I am seeking clarity before I will publicly support it or not. Right now, I am torn between #FixTheCountry and #FixYourself,” she said.

READ ALSO  See Photo Of The Man (Richard Amoah) Who Said "He Will Chop DJ Switch" On Facebook.

However, Sista Afia admitted on the show that the country is really hard and the agitations from Ghananaisk are valid.

Video: You are behaving like a slay queen – Akrobeto tells Diana Asamoah

Video: You are behaving like a slay queen – Akrobeto…