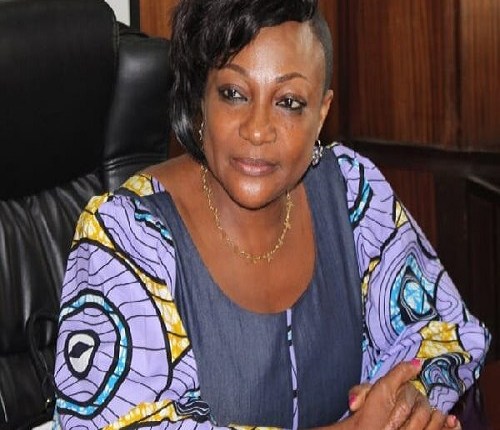 People have branded politics as a bed of roses. They feel its a place to be rich. But truth be told. I know a politician who was a member of Parliament, became a District Chief Executive, a Regional Minister, but became so broke and a beggar after active service from politics.

Otiko Afisa Djaba was seen yesterday. As usual, I opened my eyes to know exactly what she was doing in my neighborhood. My eyes dropped in tears when I saw a woman who has been rejected by almost the whole community of Denu , coming out of her house and hugging Otiko Afisa Djaba.

I cried because, I got so emotional. Considering how people lambast Otiko as a proud woman and all that. I realised she was a different person outside politics.

READ ALSO  [Photos] Meet Jennifer Of Date Rush, The Lady Who Melted The Heart Of Desmond And Reunited Lost Couples At The Reunion

Otiko had a brief conversation with her. To my surprise, I saw her opening her car. That was when I saw her bringing out bags of rice, bottles of cooking oil, sardines and a mattress.

The neglected woman could not stand on her feet but bowed and started crying.

Otiko had come to her rescue with food and drinks. After another brief chat, her car turned heading back to Accra. That was when I saw an inscription ” Henry Djaba Foundation “

READ ALSO  Police In Shootout With Armed Robbers, 2 Gun Down

Oh, Otiko had turned into a full time philanthropist. I felt more emotional when the disabled woman kept waving at the car until it was out of Sight.

My perception about Otiko changed.Its not all about what people say about others. Its about how you see them. Gid bless the philanthropist Otiko Afisa Djaba.