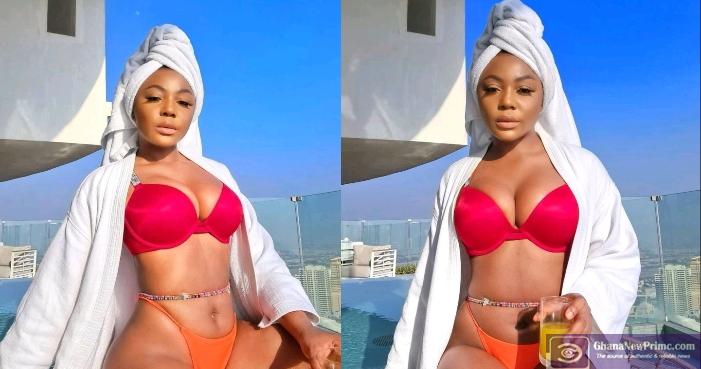 Iheme Faith Uloma, also known as Ifu Ennada to her adoring followers, has reactivated her seductive mood with an intriguing message she released alongside a fresh batch of images on social media.

The former BBNaija star, who auditioned for the famous reality program in 2018, released seductive photographs of herself as a sneak peek into her vacation in Dubai.

READ ALSO  A video of Ikom youths allegedly being thrashed by troops for chasing herdsmen out of their village.

The photographs brought out all of her curves and sexuality, and she described herself as a child of God with ashawo vibes to represent this.

Ifu Ennada remarked that the next man she meets will appreciate her full specs while sharing the gorgeous bikini images.

“Child of God with Ashawo vibes, My next man go enjoy die”, she captioned.

Jessie J is mourning as she hares news of pregnancy loss.

Husband is planning to divorce his wife over their son, who resembles the married man she used to date.

Ghanaian woman won’t do this, but a Nigerian lady has done it as she surprises…