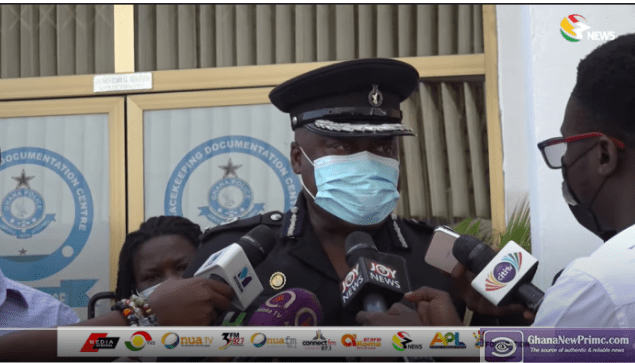 Care for Free and Fair Elections Ghana (“CARE” GHANA), has urged the Ghana Police Service to be impartial and perform its duties in fairness.

The group said in a statement that they find it eccentric the decision by the Ghana Police Service to ignore the shooting and killing of women and children in the 2020 elections but pursue Honorable Francis Xavier Sosu Member of Parliament for Madina Constituency for exercising his democratic and constitutional right to protest.

“Overlooking alleged crimes committed in the Ayawaso West Wuogon by-elections, the youth demonstration at Ajura and collation centers in Odododiodoo, Savlugo, Techiman South and Ablekuma Central is mind boggling. This comes to question the neutrality and professionalism of the Ghana Police Service.

“The inability of the Ghana Police Service to investigate and prosecute perpetrators of crimes against women and children in the 2020 elections depicts the insensitivity of the Ghana Police Service against women and children. For instance, Samiratu Zakaria a 14 year old girl from Savelugu in the Northern Region of Ghana, Rita Otuo also 15 from Odododiodoo constituency in the Greater Accra Region including six others were allegedly shot and killed by some security officers during the 2020 elections. Silas a young promising teacher graduate was allegedly stabbed and killed during the 2020 voter registration exercise. Per our information, no investigations have been conducted and no one has been apprehended. The Ghana Police Service owe it a duty to explain to Ghanaians why it is important to pursue a participant in a lawful demonstration that injured no one and claimed no life but have no interest in pursuing those whose conduct allegedly claimed nine lives.

“Also worrying is the notion that, the George Akuffo Dampare led Police administration is after Hon Francis Sosu a member of the National Democratic Congress (NDC) to test public reaction if they are to carry out the orders by the Electoral Commission. The Electoral Commission in a recent press conference called on the Ghana Police Service to investigate H.E. John Dramani Mahama the former president and flagbearer for the NDC in the 2020 elections on his alleged one million vote fraud in the 2020 elections. This places an unfavorable tag on the Ghana Police Service creating an impression that the Ghana Police Service has become a tool for intimidating and harassing ordinary citizens and members of the opposition.

“CARE” GHANA is concern about the police decision to place value on the burning of tires over human lives. We therefore urge the Ghana Police Service to immediately commence investigations into all alleged murder including the sporadic shooting at the Awutu Senya Constituency that created fear and panic and disrupted the 2020 voter registration exercise. This will cure public sentiments that, the Ghana Police Service is engaged in witch-hunting and selective justice.”

Meanwhile, the case involving Sosu has been adjourned to November 16 after the Speaker of Parliament Alban Bagbin told the court in a written letter on Monday November 8 that Sosu is out of the country on parliamentary duties.

After proceedings the Madina Constituency Secretary for the National Democratic Congress (NDC), Abdul Razak told journalists that “The court made it clear to the lawyers that they received a letter from the speaker of parliament that the honorable member of Parliament is on parliamentary duty outside the country and he has been sent by the speaker and I think he is has been sent together with other ranking members .The case was adjourned to November 16 by the Kaneshie District Court in Accra.The Police had officially charged him for causing damage to public property.

The Director General, Public Affairs Directorate of the Police Service, ACP Kwasi Ofori, said on Wednesday November 3 that he had been duly served and was expected to appear in court.

“The Police has obtained a criminal summons and has been duly served for him to appear in court on November 8…as we enumerated the charges includes obstructing the highway, causing damage to public property,” he said.

The National Democratic Congress MP had led some of his constituents to embark on a demonstration against deplorable roads in his constituency.

The demonstration started peacefully at Danfa around 6:00am but later saw demonstrators burning tyres and mounting roadblocks on the Ayi Mensah-Danfa Road.

Sosu has however denied saying “That any allegation of the Police about my involvement in unlawful blockade of road and destruction of public property is false and an afterthought carefully manufactured by the police to shift attention of the people of Ghana from the key issues of bad roads raised by our protest and demonstration.”

Couple under fire after they were caught having s.€.× and filming themselves inside a church.

Male Nurse who delivered a pregnant woman in the middle of the road receives Tricycle, other items from Mpraeso MP