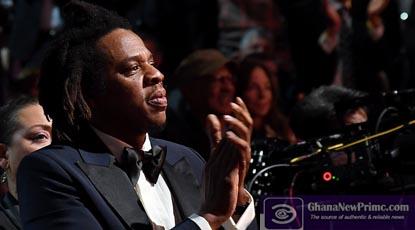 Day 1 of the Kyle Rittenhouse trial: Key Takeaways.
According to early exit poll data in Virginia, Dem McAuliffe has a 52 percent negative rating…
Jay-Z, the multibillionaire hip-hop mogul, Hall of Famer, entrepreneur, and parent, now has an Instagram account.
Shawn Carter, a Brooklyn-born businessman and rapper, has discreetly opened an Instagram account.
Hov kicked off his new business with a single Instagram post displaying the cover art for Jeymes Samuel’s 2021 Netflix feature The Harder They Fall, as well as an IG Story with a countdown to the film’s launch.

If you thought Jay-Z’s post was a timely piece of self-promotion, you’d be right. The film was co-produced by Jay-Z, and, naturally, he was in charge of the official soundtrack, on which he appears across several tracks.

Jay’s spartan (and verified) account has already notched-up more than 821,000 followers and can be found here. Social media is only a tiny wheel in the sprawling machine that is Jay-Z’s business empire. According to Forbes, Carter’s net worth “conservatively totals $1 billion, making him one of only a handful of entertainers to become a billionaire — and the first hip-hop artist to do so.”

That pile will have grown since Forbes crunched the numbers. Back in March, Jack Dorsey’s financial services company Square announced a deal to buy Tidal, the streaming brand led by Jay-Z. Square reportedly paid in the region of $350 million in cash and stock for a “significant majority” of Tidal.

Jay’s life is apparently never dull. Just last weekend, he was inducted into the Rock And Roll Hall of Fame. In a lengthy speech, he shouted out to influences such as KRS-One, Chuck D of Public Enemy, Rakim, Big Daddy Kane, fellow inductee LL Cool J and others.