Kintampo, 3 others to get Zipline drone centers 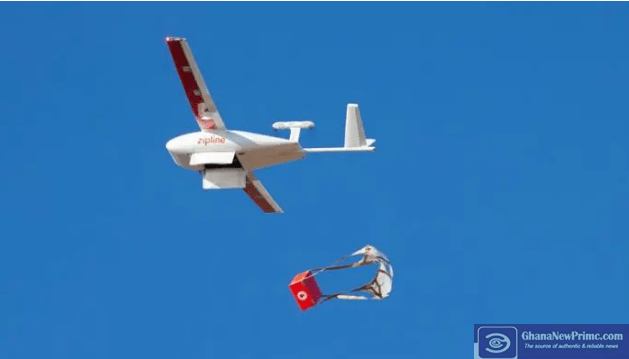 Kintampo in the Bono East Region is one of four towns in line to have Zipline drone centers, the Vice President has announced.

Since its partnership in Ghana in 2019, Zipline drone services have been used in the delivery of over 450,000 medical commodities in Ghana. Zipline distributed nearly 1 million routine vaccine doses in 2020 alone.

Speaking at Ashesi University on the theme ‘Transforming An Economy Through Digilisation: The Ghana Story’ on Tuesday, November 2, Dr Mahamudu Bawumia said aside the four drone centres already set up in Omenako, Mpanya, Vobsi and Sefwi Wiawso, Anum in the Eastern Region and Kete Krachi in the Oti Region will be set up by December. In 2022, the final centers will be set up. “The next two distribution centers will be located in Funsi in the Upper West Region and Kintampo in the Bono East in 2022. This will bring Zipline coverage to virtually the whole of Ghana,” D Bawumia stated.

Ghana is currently reputed as the country with the largest medical drone delivery service in the world.

“What is even more impressive is that the drone centers are 100% manned by young talented Ghanaians,” Dr Bawumia could not hide his joy.

During the Q & A session, he recounted how his father died at the Tamale Teaching Hospital in 2002 due to the inability to get blood transfusion as a result of closure of the blood bank. The officer on duty had then closed for the day.

The Vice President said this pushed him to buy into the story of Zipline when the idea was sold to him at Silicon Valley in the USA.

“Many lives have been saved as a result of the medical drones,” he said.

“In addition, the Ghana Health Service has made significant financial savings as a result of the Zipline drone delivery programme which has reduced theft in medical stores.

“Interestingly, the US government has only recently contracted Zipline to also start the delivery of medical supplies by drones in the United States after Rwanda and Ghana took the lead.”