LGBT: Man receives 50 lashes for proposing to another man 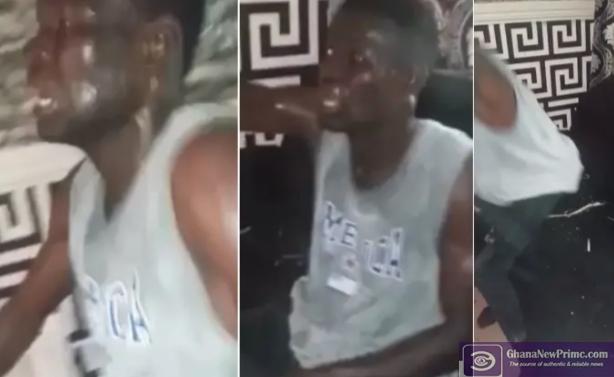 Man receives 50 lashes for proposing to another man. For proposing to a fellow man on social media, a suspected gay guy in his late 20s was imprisoned in a room and given 50 strokes of the cane.

According to the video, the suspect was overheard saying that they should tamper justice with mercy and forgive him, and that he would not repeat such acts again.

Those flogging him then asked if he learned that lifestyle in Wa, to which he replied that he did not, and that he learned it somewhere else.

This is the second time a man suspected of being gay has been beaten in Upper West, Washington.

He was advised again again not to share such details on social media.

The Waala Traditional Area’s Overlord, Naa Fuseini Pelpuo IV, had banned such LGBTQI+ communities’ activities. He ordered that everyone who was seen be hauled before his palace and dealt with.

READ ALSO  When We Start Jailing Politicians, They Will Reform The Prisons – Nana Aba Anamoah

Several individuals supported him, including Dr. Rashid Hassan Pelpuo, Member of Parliament for Wa Central, who claimed that he will not support anyone who advocate for the rights of LGBTQI+ persons in the nation.

The Member of Parliament went on to say that his people’s decisions are final, implying that he agrees with the measures put in place by the area’s overlord to address the social problem.

Rt. Hon. Alban Kingsford Sumana Bagbin, the Speaker of Ghana’s Parliament, has said that the Vote

The Speaker of Ghana’s Parliament, Rt. Hon. Alban Kingsford Sumana Bagbin, has declared that an open vote process will be used to approve or reject the LGBTQI+ bill.

Hon. Dam Dzata George, Member of Parliament for Bingo Pram Pram, has also spoken out against the practice in the country, battling it out on CNN and other media channels both locally and globally.

Watch video : Man receives 50 lashes for proposing to another man