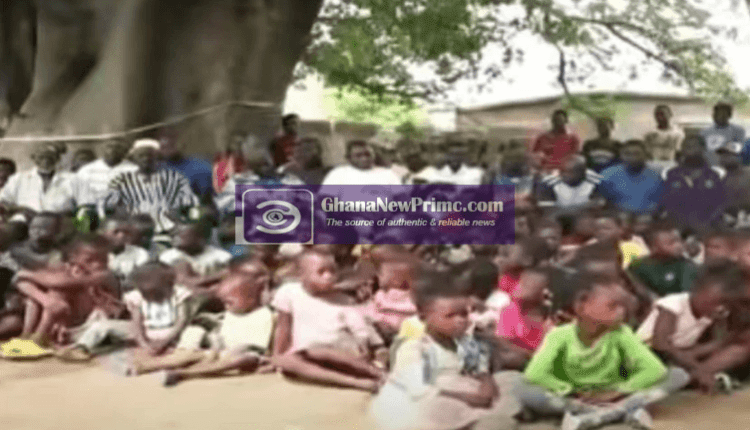 The family of a Ghanaian man with 47 wives and 240 children has lost count of the accurate number of children he has sired with the numerous women because they don’t count the females.

Angel TV Morning Show (Anopa Bofo) crew led by Kofi Adomah journeyed to Tenzuku, a village near Talensi in the Upper East Region of Ghana to shed light on the man and his huge family size.

According to Mr. Adomah, it took the crew not less than 13 hours to arrive in the village from Accra.

Upon the arrival of the crew, a man believed to be the village town crier climbed atop one of the houses and announced their presence, calling on everyone to come out and assemble.

One of the men of the village who claimed to be speaking on behalf of the chief told Kofi Adomah that the man has roughly 47 wives, all of whom have collectively given birth to roughly 240 children.

According to the village men, they normally don’t count the female children because once they get married, they leave to be with their husbands.

They revealed that they live peacefully and eat from one another and serve as watchmen and women over one another’s children.

They further disclosed that they worship a god called Nana Tongor which watches over all indigenes of the village and grants them their heart desires.

It is alleged that every politician who seeks to be president or member of parliament goes there to seek the blessing of the Nana Tongor.

According to them, there is hardly anywhere in Ghana that an indigene of Tenzuku cannot be found.

Watch the entire narration and more in the video below:

Video: Hajia4Real Pounds Fufu For Her Kids, Puts Slaying Aside