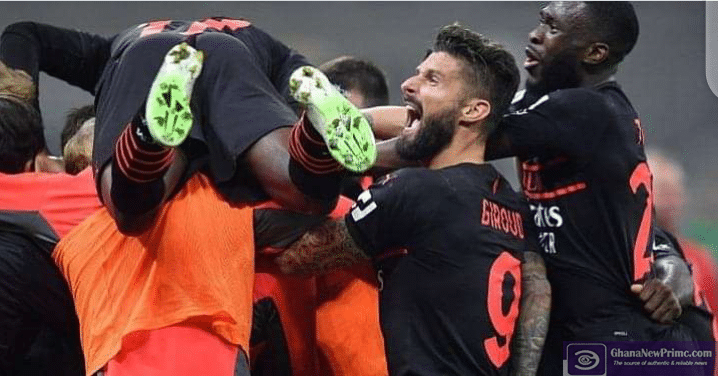 AC milan produced a superb second-half fightback from two goals down to beat Hellas Verona 3-2 at San Siro on Saturday and go top of the Serie A table.

A Gianluca Caprari strike and Antonin Barak penalty gave the visitors a comfortable halftime lead, but Olivier Giroud halved the deficit with a 59th-minute header.

The Rossoneri then turned the game on its head in the space of two minutes, as Franck Kessie equalised from the penalty spot and Koray Gunter steered an attempted clearance into his own net.

There was further good news for the hosts when Zlatan Ibrahimovic, their top scorer last season, made his return from injury from the bench for the final 13 minutes after more than a month out.

Milan go top of the table on 22 points, one point ahead of Napoli ahead of their game against Torino on Sunday, while Verona are 13th with eight points.