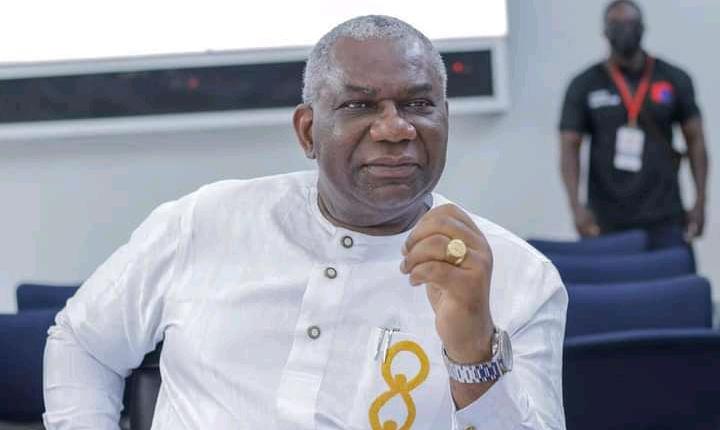 Former Energy Minister Boakye Agyarko has said the ruling New Patriotic Party must rule Ghana for about 60 years to position the country well for economic prosperity and development.

According to him, the NPP has demonstrated over the past five years since gaining power that it is capable of transforming Ghana if stays in government for a longer period.

“…so after breaking the 8, then we hand over power to NDC? absolutely not. My intention for this party is to become the dominant political force on the political space. So that there would be no challenger to the NPP in any election that we go. So that every election, election after election we will continue to rule. The Japanese Liberal Party has been in power for 54 years, the PRI of Maxico has ruled for 71 years so NPP ours must be 60 years”.

The comment by Boakye Agyarko comes less than 48 hours after the Director of Operations at the Presidency Lord Commey was criticized for stating that he was committed to ensuring that the NPP will continue to reign for a longer period dismissing the ‘breaking the eight’ mantra.

Boakye Agyarko however stated that this could be possible only when the party remains united ahead of 2024 and the party supporters are motivated enough to work harder.

The General Secretary John Boadu who delivered the keynote address said, “breaking the 8” will not be on a silver platter.

According to him, the party has learned enough lessons from the era of former President John Agyekum Kuffuor who introduced great pro-poor policy interventions such as the National Health Insurance Scheme, Free maternal care in addition to improved economic indicators yet the NPP was voted out in 2008. Mr. Boadu, therefore, indicated that the NPP is investing more in strengthening communication and publicity of major government achievements for the Ghanaian populace to buy into the vision of the party and how it intends to improve their living standards and position Ghana on the world map. The regional delegate Conference was flooded by banners and posters of aspirants who have declared to contest Regional and National Positions.

The biggest and high quality banner which radiated tremendous charisma and attracted much attention was that of Frederick Opare Ansah, a former Member of Parliament for Suhum Constituency who has declared his intention to contest John Boadu as General Secretary.