Your health: Obesity Is a Chronic Disease 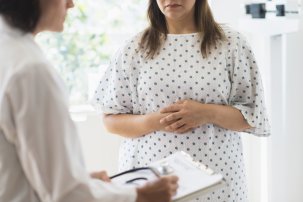 The obesity epidemic in the United States that’s affecting the health of tens of millions of people shows no signs of easing up. In 1990, about 15% of adults in most U.S. states had obesity, according to the Harvard T.H. Chan School of Public Health. As of 2015-16, about 40% of adults nationally and more than 18% of children nationwide were considered obese, according to data from the Centers for Disease Control and Prevention’s National Health and Nutrition Examination Survey.

These figures were highlighted in a report, “The State of Obesity 2018: Better Policies for a Healthier America,” released in 2018 by Trust for America’s Health (a health policy organization based in the District of Columbia) and the Robert Wood Johnson Foundation. “We are unlikely to see progress in combating obesity unless we pay attention to the social and economic conditions that have led to dramatic increases in its rates,” says John Auerbach, Trust for America’s president and chief executive officer. “We have to support policies that will modify neighborhoods, schools and workplaces in ways that make it easier to have a healthy diet and to be physically active.”

People who have obesity or are overweight face serious health consequences, says Dr. Garth Graham, a practicing cardiologist and president of the Aetna Foundation in Hartford, Connecticut. Being obese and being overweight are associated with a wide array of health problems, including heart disease, diabetes, some types of cancer, stroke, hypertension, reproductive dysfunction, psychiatric conditions and nonalcoholic fatty liver disease, he says.

Obesity Is a Chronic Disease
Some people think that people with obesity lack willpower and discipline when it comes to their eating and exercise habits, but it’s important to keep in mind it’s a chronic disease, says Angela Golden, vice president of the Arizona Nurse Practitioner Council. Golden has authored numerous articles about obesity in peer-reviewed journals. Like other chronic diseases, obesity has clear signs and symptoms, and it’s also associated with other diseases and conditions, she says. “Obesity is a disease and is not just about behavior,” Golden says.

READ ALSO  Mr. Beautiful: The main individual who can resuscitate Creative Arts Industry is
Facebook Notice for EU! You need to login to view and post FB Comments!

Finland: wife who left husband for German shepherd claims she is now pregnant