Rather of meeting with Anglican and Roman priests, the IGP should have met with Prophets, according to Nigel Gaisie. 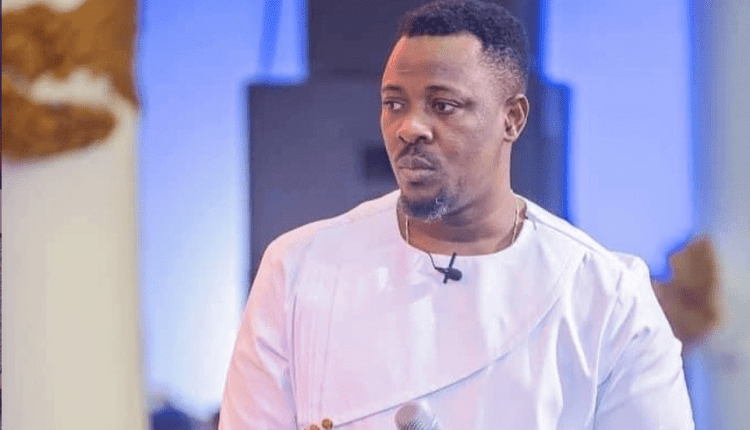 Rather of meeting with Anglican and Roman priests, the IGP should have met with Prophets, according to Prophet Nigel Gaisie.
Nigel Gaisie of the Prophetic Hill Chapel(PHC) has shared his candid view on the meeting between the Inspector General of Police and the head of some Churches in the country.

The IGP and the country’s leaders gathered to examine some of the country’s concerns concerning prophecies and other topics that might generate fear and panic.
The IGP advised the Pastors and Priests not to prophesy publicly if they knew it would bring fear and terror in the country, it was revealed at the conclusion of the meeting.

Prophet Nigel Gaisie, who was not there at the meeting, has stated that the IGP, Dr. George Akuffo Dampare, met with the incorrect people since those individuals do not prophecy to people. He believes that because Anglican and Roman fathers do not prophecy, they should not be invited to speak about predictions.

He asked that the likes of Owusu Bempah, himself and others should have been invited so they could educate the IGP on prophecies.

“If the State apparatus wants to really talk about the prophetic, if they want us to educate them about the prophetic you don’t go and talk to the Anglicans/ I don’t want to disrespect them but you pick the prophetic. I prophesy, El Bernard, Bishop Owusu Bempah, Salifu Amoako and we are the generational prophets,” he began.

On issues of people tagging them as doom prophets, he had this to say: “Those who say that are canal minded. The work we do is not intellectual, it’s spiritual. I’ve not prophet in Ghana taking a gun and going to shoot physically, I’ve never seen a Ghanaian gather together and say they are going to stage a coup so what is the insecurity we are causing?

He continued, “We are rather helping the nation. We are the gate watchers. If the finance Minister comes and tells me that the government payroll is full that is fear and panic. I just read in the papers my younger brothers and sisters who are being from El Was to Us Embassy for fire service and their fate cannot be determined, that is fear and panic. There are more serious things to deal with so whoever has made his mind to come after the church and the prophetic that we are causing insecurity, that is not insecurity. Insecurity is the rise in the cost of fuel, Insecurity is that my mates I completed Legon are still unemployed

Nini responds unexpectedly when a man requests to see the ‘boyfriend’ that made her turn down Saga.

Is this one too a Prophet? Video of Prophet Nigel Gaisie with slay quⱻⱻn in Ꙏⱻđ