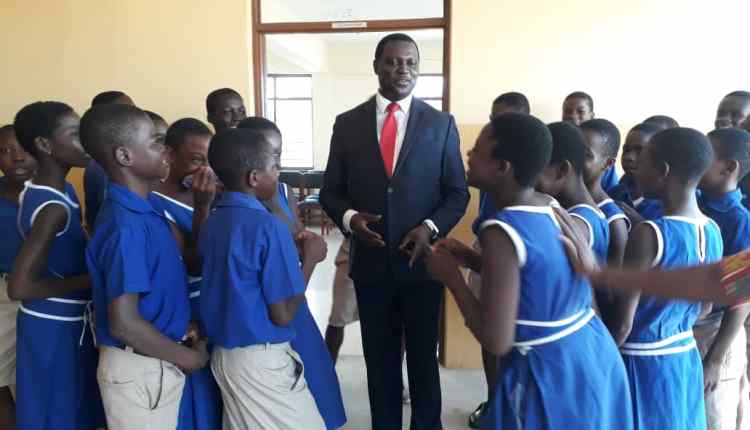 Ghana’s Education Minister Dr. Osei Yaw Adu Twum could not control his emotions as he took to his official Facebook page to confirm this sad news.

According to him, the news that never stopped trending on social media about his biological mother is true.

He has lost her to the icy hands of death. Dr. Osei Yaw Adu Twum added that, the whole thing happened yesterday afternoon.

After the sad announcement, many people took to his page to console him. The Old lady lived in the Bosomtwe District where her son doubles as the member of Parliament.

Members from the opposition National Democratic Congress and the ruling New Patriotic Party placed their political lenses away and sent words of encouragement to the minister in this hard time.

A popular NDC social media Communicator Dauda Kabore had this to say ;

” Few days ago you were on the grounds. You were captured in a senior high school familiarizing things for yourself. I’m not a member of your party but I see you as one of the best officers helping your Government. I’m saddened to hear that the woman whose womb gave us such a brilliant gift is no more. Your mother is our mother. May she continue to rest in peace”

Sack Education Minister if you want to ‘break the…

Check out the Ministers official confirmation below

Sack Education Minister if you want to ‘break the 8’

You won’t believe this, students in inform trend for doing the unthinkable…

Top Universities in Canada Offering Scholarships For International Students In 2022

Sack Education Minister if you want to ‘break the…