Schoolgirl, 12, dies after condom got trapped inside her after being defiled in school 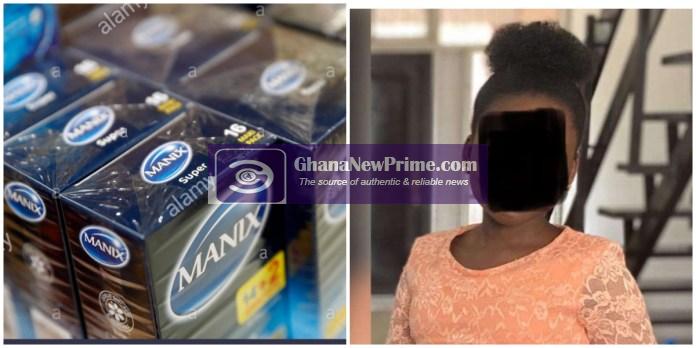 A schoolgirl identified as Keren-Happuch Aondodoo Akpagher, has sadly passed on after she was allegedly defiled at school and a condom got trapped inside her.

The 12-year-old girl who was reportedly a boarder at Premiere Academy Lugbe, in Abuja fell ill and couldn’t walk a few days ago.

After series of tests were run on her at the hospital, it emerged that a condom was causing damage in the system leading to her untimely death.

According to a source, “The school would not release her but transported her to the clinic where her mother met her and facilitated her treatment. Aondodoo was distraught when she learnt she would be going back to the school.

Her mother called and texted the principal and the matron for over four hours asking for them to release her but they refused initially saying she will have to stay in isolation for seven days on her return.

But they finally allowed her to follow her mother home. On getting home with her mother, she took ill on Sunday night and was rushed to the hospital.

On Monday, her condition had deteriorated and was rushed to the hospital. While examining her, the doctor saw a discharge, ran a test, and discovered that it was a condom that was left in her.

Her urine test revealed dead spermatozoa and she died early hours of Tuesday from hyperglycemia triggered by sepsis resulting from the infection caused by the condom in her.

Her mom picked her up on June 19 and she died on June 21. She slipped into a coma and died. She was traumatised.

Her family demands justice as the school is trying to cover it up.” Her mom, in a chat with newsmen, alleged that three employees of the school had been dismissed for sexual abuse.