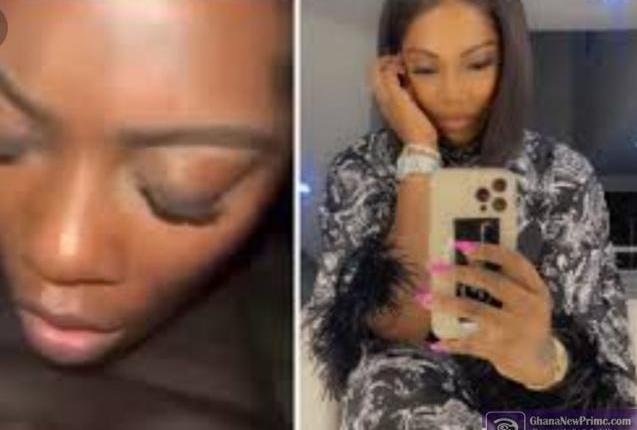 Tiwa Savage has reacted to the public revelation of her alleged sex tape on Monday, October 18.

While the male in the video’s face isn’t visible, the lady in the video bears a striking similarity to Tiwa Savage.

The singer declared that she would not be intimidated by the video’s leak and that she is not willing to be blackmailed over something as natural as sex.

“You despised how I was able to direct the narrative and get ahead of the tale before it consumed me, as well as how I was able to make a joke on stage about something you thought should ruin me and make me humiliated.”

If you see me otherwise, you must pound on my skull. She wrote, “Gistloversblog with my whole chest.”

Prior to the footage being published on Monday, Tiwa claimed to the world that she was being blackmailed over a sex tape.
Savage told Power 105.1 in the United States that she would not pay any money to her blackmailer.

On Wednesday, her road manager received the tape and alerted her as she was leaving another radio station following an interview.

“I pay it now, and you’re going to come back two months later… “And who knows, if I send you the money, you’ll probably release it anyway,” Tiwa explained.

In the meantime, some social media users have resorted to their accounts to express their thoughts on the matter.

Elder Seun, who goes by the handle @iamseunalaofin on Twitter, makes a point.

Elder Seun, who goes by the handle @iamseunalaofin on Twitter, said that despite the leaked video, the singer is a lovely person.

“Just because Tiwa Savage’s personal life is out in the open doesn’t make her any less human than the rest of us,” he remarked. Tiwa Savage is fantastic as usual, and she deserves to be recognized for everything she has done for African music!! Because Tiwa isn’t an angel, blunders like this should be forgiven.”

In a thread, another Twitter user and influencer, @DrOlufunmilayo, claimed that the sex tape was intentionally shared.
“Let’s not be fooled: That sex tape leaking was no accident,” he remarked. And no, I’m not implying Tiwa (or the woman) did it on her own.

Two days after becoming viral for “fake driving,” she receives a new car…

‘Pure water’ seller shares money on him with…