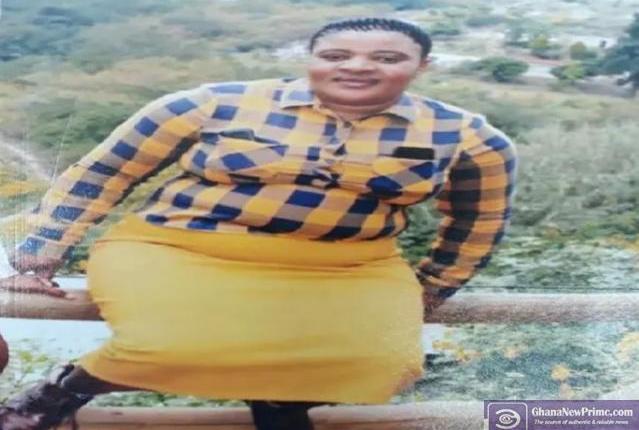 Two people arrested for the murder of 38-year-old woman at Pankrono, Kumasi

The husband of Elizabeth, Solomon, was on the phone with his wife on that day driving to pick her up while she stood on the road. Solomon could herd his wife asking him to excuse him. Darling, please hold on, someone wants directions, a minute please, Elizabeth said to her husband on the afternoon of 10 January 2021.

All Solomon could hear was his wife giving directions to some people but after 9 seconds, Solomon could hear a different voice; like that of a struggle before his wife shouted on the phone, ‘Darling help me! Kofi! Kofi!!’, Elizabeth said before she was taken.

An autopsy report which was released yesterday 13 January, proved that Elizabeth had died from a hit on her head. She was hit on the head to force her into a coma but the robbers may have been amateurs who knew no knowledge on the process and killed her, the report stated.

The Pankrono Police, working with the statement of eyewitnesses and that of Solomon, has this morning, arrested two suspects whom they believe are behind the death of 38-year-old Elizabeth Wayo Wiredu. The two were arrested after they stole the handbag of Elizabeth on the same day she died.

The handbag which Elizabeth was using on that day, contained her personal stuff like a Samsung Galaxy Note device, and an amount of over Eight Hundred Cedis. I had given her the money on the night before the incident so I think there was more money in the bag than the Eight Hundred Cedis, Solomon stated to the police before the arrest this morning.

Officer Danquah Morris, explaining their success, stated that the police had relied on the tracking of Elizabeth’s phone and that made them trace and arrest the two early this morning.

Fortunately for us, they still had the phone and the bag but the money was not in, and that helped in tracing their whereabouts. The two will be facing murder and robbery charges, Police Officer Morris Danquah hinted.

Two university students lured a Grade 1 girl into their home, undressed her and slept with her in turns