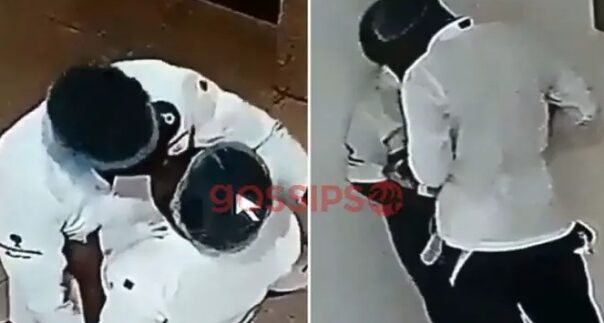 Love is sweet, and whenever, wherever two lovebirds meet, something fantastic is expected to happened and that’s it with the viral video ghananewsprime.com has chanced on.

A video sighted by our source captures the love making moments between two bread sellers as they were caught on their company’s CCTV doing all the nasty things without thinking twice.

In the video, the two almost went pants down as they kissed and squeezed each other until they got tired.

It’s very obvious that this is not the first time their are doing something of this sort, but this time around the camera focused on their activity.

They should be laughing at the wrong side of their mouths by now.

Passing of anti-gay bill will be made public – Speaker

There is no ‘protocol’ in GNFS recruitment – Accra Regional Commander