Two MPs Involved In Accident Over The Weekend 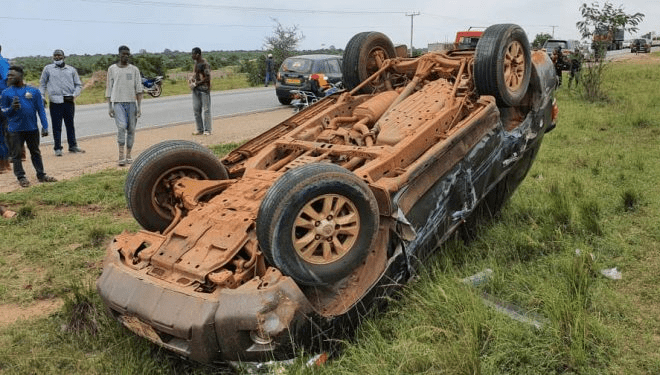 Two MPs Involved In Accident Over The Weekend

Two Members of Parliament (MP) were On Saturday involved in separate accidents in the Bono and Volta Regions.

The MP for Sunyani West and Employment and Labour Relations Minister, Mr Ignatius Baffour-Awuah and the MP for South Dayi, Mr Rockson Dafeamekpor, were both returning from separate funerals when the accidents occurred.

Mr Baffour-Awuah is reported to have been returning from a funeral at Odumase and headed towards Nsoatre, while Mr Dafeamekpor was returning from the funeral of colleague MP, Samuel Okudzeto Ablakwa’s father’s funeral when the accident occurred on the Aveyime road in the Volta Region.

According to reports, Mr Baffour-Awuah’s driver overtook a vehicle and in the process collided with an oncoming tipper truck; while Mr Dafeamekpor’s vehicle was ran into by a KIA truck loaded with concrete blocks.

Send your article and other stuff for publishing to [email protected] Via
READ ALSO  GNP: Bawumia Is The Only Match To Mahama In 2024 - NPP Youth Opinion Poll
WHATSAPP

Two MPs Involved In Accident Over The Weekend
0
Share FacebookWhatsAppTwitterPinterestTelegramEmailReddIt