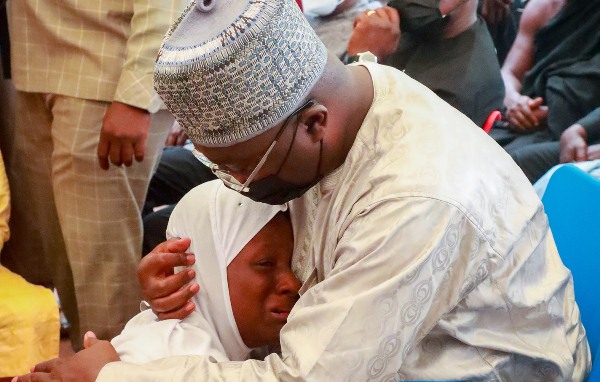 Vice President Alhaji Mahamudu Bawumia was at Ejura at the head of a high-powered government delegation to learn at first hand, the prevailing situation at Ejura and its immediate environs following last Tuesday’s violence that resulted in the shooting to death of two young men with four others sustaining various injuries.

On behalf of President Akufo-Addo, the delegation extended the government’s deepest condolences to the bereaved families and also assured them of the government’s resolve to investigate circumstances that led to the unfortunate deaths of their loved ones.

After the visits, the National Chief Imam and I, joined the Muslim community to observe Jummah prayers at the Ejura Central Mosque, where we prayed for the three people who lost their lives.

READ ALSO  I Will Take EC To Court If They Fails To Compile New Register' - Dr Agyenim-boateng Threats.

Your newborn’s first week: what to expect