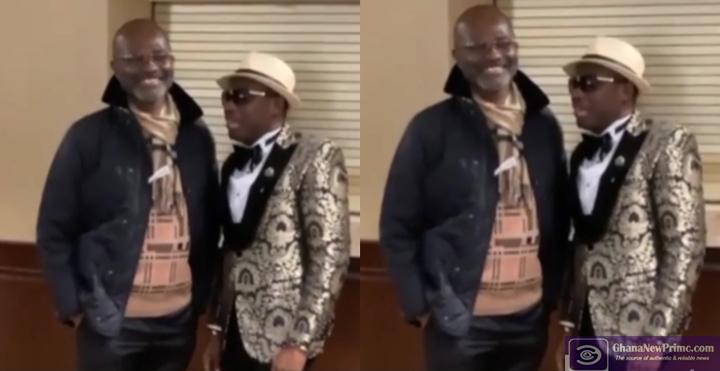 Not long ago, rumors circulated that Assin Central Member of Parliament Kennedy Agyapong had had a stroke and was in poor health in America.

The outspoken politician has remained silent on the matter, but recordings of him enjoying life in the United States continue to surface, like this one, which records the moment he snapped a photo with George Lutterodt during a ceremony in the United States.

They were visitors at a Ghanaian event held at a New York City hotel.

Following the ceremony, a slew of clients came up to Hon Kennedy Agyapong to snap selfies with him, despite rumors that he was suffering from a stroke in the United States.

Counsellor Lutterodt couldn’t pass up the chance to take photos of the Assin Central MP, and he snapped dozens of shots with him.

NIA to resume Ghana Card registration on Nov. 17, backlog of cards to be issued from Nov. 8 to 16