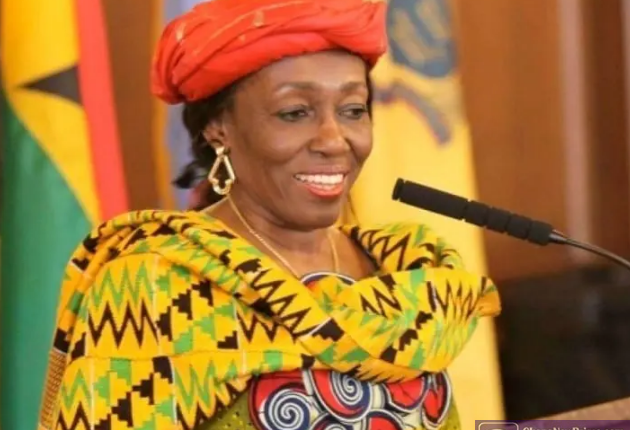 He maintains that the underlining issues which compelled Mrs.Rawlings to break away from the NDC, a party founded by her late husband, still persist and would not be countenanced by Mrs. Rawlings.

Korley Klottey Member of Parliament, who is the daughter of the former first couple made a passionate appeal to the hierarchy of the National Democratic Congress (NDC) on Friday, November 12, 2021, to re-admit her mother into the umbrella family.

But in a Citi News interview, the NDP General Secretary, Alhaji Mohammed Frimpong, said NDP will not allow their flagbearer back into the NDC.

READ ALSO  WATCH OUT: COVID-19 notification tracker has been embedded into your phone.

The former First Lady resigned from the NDC in 2012.

In 2008, she contested the late President John Mills during the party’s presidential primaries but lost woefully; a situation which some believe informed her decision to establish her own party; the National Democratic Party (NDP) in 2012.

Mrs. Rawlings has since been very critical of the NDC, and has on several occasions questioned the running of the country during the party’s tenure.

Nana Konadu Agyeman Rawlings vowed never to return to the NDC under any circumstance.

Her husband and founder of the NDC, the late former President John Rawlings appealed to his wife to consider returning to the party.

He nonetheless acknowledged that his wife cannot be entirely blamed for taking the decision to leave the party they both toiled for.