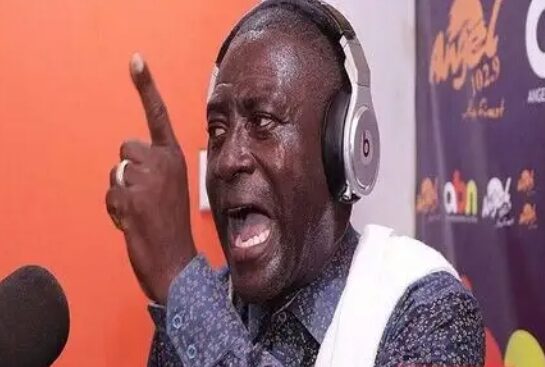 The relentless attacks and revelations on the controversial captain smart by NPP’s Hopeson Yaovi Adorye who is a founding member of the fixing the country movement, is one that will put huge pressure on the journalist.

After exposing captain smart on how he defrauded a certain woman of 25000 Ghana cedis in the name of the road and highways minister, honorable Amoako Atta, which has led to the minister ordering the CID boss to investigate him, he has once again dropped another serious allegations on the wealth accumulated by the journalist.

He alleged captain smart has been tasked by former president Mahama to make the Akufo Addo led government unpopular in the sight of the youth, and to attack Bawumia in order to make him look unattractive in the sight of Ghanaians.

He revealed the noise he is making on his show is due to the huge amount of money he has been given by Mahama. He further stated that Mahama decide to embark on his thank you tour at this particular moment because captain of smart has created the atmosphere for him to bulge in by constantly attacking this government.

Dormaahene Makes Some “Adowa” Moves During a…

“All these are part of their master plan to make the 2024 elections an easy one for Mahama. They are aware the good work done by this government will make things difficult for them come 2024.

But he should bet me, the NPP will break the 8 year cycle. Send his money back to him and tell him you are sorry for the task he has given you is an impossible one”, he boldly asserts
.
Do you think captain smart is indeed doing the bidding of Mahama? If not then why is he mostly attacking the vice president on his show?

Dormaahene Makes Some “Adowa” Moves During a review Of His Communal…

Dormaahene Makes Some “Adowa” Moves During a…