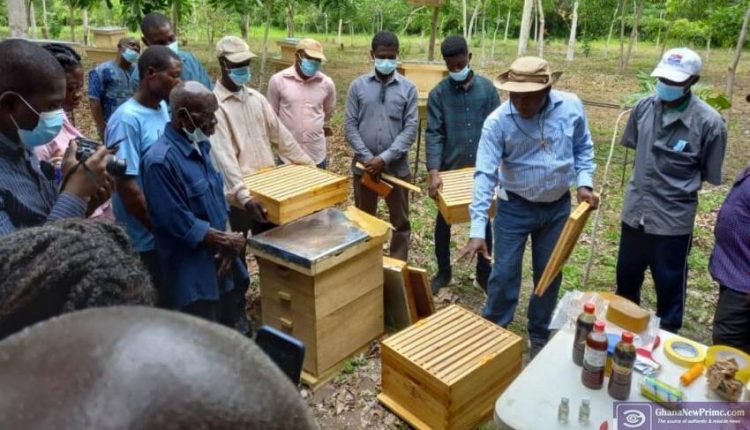 The Council for Scientific and Industrial Research, or CSIR, has created software applications to solve the issues that are threatening Ghana’s agricultural productivity.

The CSIR AgriTech Advisor, which develops a direct contact between crop farmers and researchers, and the CSIR Akuafuo Boafuo, which creates a platform for farmers to advertise their goods to prospective customers, are two of these applications.

Dr. Seth Manteaw, Director of the CSIR’s Institute for Scientific and Technological Information, informed stakeholders during a meeting of the Research Extension Linkages Committee in Fumesua, Ashanti.

The meeting was held at the Crops Research Institute at Fumesua, near Ejisu, by the Ashanti region’s Research Extension and Linkages Committee, RELC. Its purpose was to bring together all of the important players in the agricultural value chain to assess productivity in the region over the previous year.

Their focus was on the Modernization of Agriculture in Ghana (MAG) program’s execution and obstacles, as well as its success and future.

The MAG program is a Canadian government-funded effort that provides logistical and financial support to the Ministry of Food and Agriculture, as well as improving relationships across actors in the value chain from research to extension services.

He also urged farmers to understand that the autumn army worms are here to stay and that they should be prepared to shoulder the whole expense of pest treatment in the foreseeable future.

Rev. John Manu, the Ashanti Regional Director of Agriculture, urged the government to maintain the improvements gained via the MAG program, which runs through 2022.

Madam Olivia Agyeiwaa of Asante Akyem Agogo and Ernest Kwaku Wiafe, a physically challenged farmer and shoemaker, both spoke about how the MAG program had helped their economic well-being.

Dr. Seth Manteaw, Director of the Council for Scientific and Industrial Research’s Institute for Scientific and Technological Information, revealed that the CSIR had developed four software applications, two of which are directly aimed at bridging the gap between researchers and farmers for improved crop production and marketing.

Start Making Money Online, All You Need To Know About Blogging